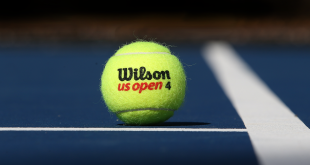 One member of a doubles team may be substituted between the Region and state tournament if the participant is sick or injured.  The substitute must be a player who did not participate in the Region tournament.

All playoff matches (Region and up) are to be played on hard courts.

Coaching: Coaching is allowed at any time during the match by the head coach and one designated assistant. Coaching must be done outside of the fenced area, not during a point, and not interfering with the match. The coach should not interfere with line calls or score of the match. These things should be settled by the players on the court. If help is needed, both coaches can get together and decide what is in the best interest of the players on the court. `

Tiebreak Procedure If Teams Have The Same Record:

– Seeding for each flight should be based on a teams record in that particular position during he division round robin.

– Seeding for Doubles: #1 Doubles teams shall be seeded based on record in that position. #2 doubles teams MUST be placed opposite their teams #1 pair in the bracket.

– In case of a coach moving a really good player to another flight just for the individual tournament . It is the fair thing to inform the other coaches ahead of time as to this change so those coaches can then possibly make changes of their own.

– When making out the bracket for the individual tournament, all coaches should be reminded that the main focus of the event is to provide the two best players or doubles teams the chance to advance, regardless of what position they played throughout the year. Do everything you can not to penalize a successful team or player in a particular flight just because you decided to move a player on tournament day. 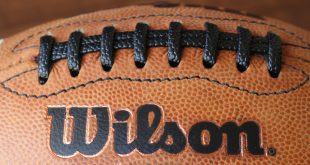 CLINTON – Wilson Sporting Goods will continue to be the official ball of the MHSAA, …