After his high school career, Payton played for Jackson State University and had a record-setting career with the Chicago Bears in the NFL.

Payton was one of 12 individuals inducted into the 39th class of the National High School Hall of Fame. The four athletes are joined by three highly successful high school coaches, three former state association administrators, one contest official, and one speech and debate coach in the performing arts area.

Begay wasa three-sport standout at Albuquerque Academy in New Mexico before his golf accomplishments at Stanford and on the PGA Tour. Richards-Ross won 10 individual titles and four state championships at St. Thomas Aquinas High School in Fort Lauderdale, Florida, before her Olympic exploits. Thomas was one of the top running backs in Texas high school history at Willowridge High School in Houston before his days at Oklahoma State University and with the Buffalo Bills.

As a coach at Louisville Assumption High School, Kordes won 22 Kentucky state girls volleyball championships in 33 years. Rogers won almost 1,300 girls basketball games in 46 years at Clarkrange High School in Tennessee and is third on the all-time victories list nationally. Crowe, who was represented by his daughter, Linda Knight, coached Indianapolis Crispus Attucks High School to the Indiana state title in 1955 to become the first All-Black school to win a state title.

Risk, who is the one official to be inducted this year, is a three-sport official from North Dakota whose 40-plus years of experience features more than 5,000 games officiated.

McLain, the performing arts recipient in this year’s class, was an active speech and debate educator in Oregon for 42 years before her retirement in 2014 to join the Oregon House of Representatives. 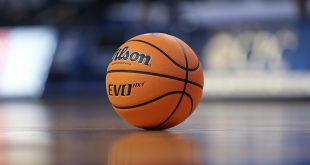