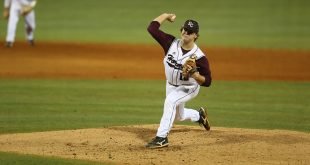 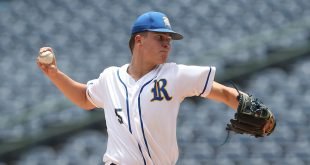 Resurrection opens 1A championship with 3-1 win

• No food or drink allowed in the bowling area.  Drinks are permitted on the tables behind the pit.
• Only bowlers and one coach at a time are allowed in the pit.
• Bowlers should remain seated unless they are bowling.
• Anyone needing a bathroom break should let the other players know why they are leaving the pit.  If someone should get sick, the coach should consider a substitute for the remainder of the game.
• If a score correction is needed, both teams are to agree before the change is made at the console.  Get the attention of a coach to make a correction.
• Lane courtesy should be used at all times.
• Coaches are allowed to interact with players throughout the tournament as long as it does not cause a delay in play.
• A player can be substituted for at any point in the match.  The player substituted for cannot re-enter play until the beginning of the next game.
• Total pin count will be posted after each game.
• After each team has completed 3 games, the top 2 teams will play a Baker series.
• Before the 1st Baker game each player will be given 1 practice frame on both lanes.  The team with the highest total pins during the tournament chooses on which lane to begin the Baker games.
• The first team to win 3 Baker games will be the Regional/State champion. Should a Baker game end in a tie, neither team will be awarded a point.
• A three person committee will be in charge of operating the State tournament.  One person will have the responsibility of collecting all boys’ scores.  One person will have the responsibility of collecting all girls’ scores. The third person on the committee is Mr. Green, owner of Metro 24 lanes.  Should a problem arise contact the committee member in charge of your scores.  If they cannot resolve the problem all three members of the committee will resolve the problem.  (State Tournament only)  (Regional Tournament will be the tournament director)
Share
Previous Legal baseball bat for 7th-8th grade only
Next West Bolivar – Football/Baseball 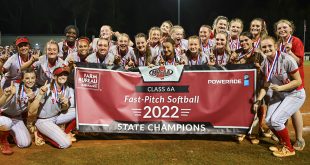