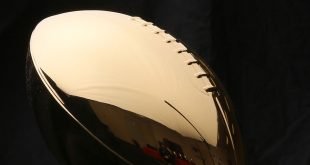 INDIANAPOLIS, IN — Continuing with its focus on the health and safety of high school student-athletes, the National Federation of State High School Associations (NFHS), through the NFHS Foundation, is equipping schools with Automated External Defibrillators (AEDs).

As a result, more than 400 Phillips Onsite AEDs were shippedlast week to schools and state association offices in 32 states thanks to a grant from the NFHS Foundation.

The AEDs are accompanied by a rescue kit, alarmed wall cabinet and a carrying case to allow the AED to be transported outside the school setting. The AED includes an attached two-inch adult pad, as well as a pediatric pad for individuals weighing 55 pounds or less.

“The ‘Anyone Can Save a Life’ initiative in Minnesota, along with the growing concern for cardiac arrest training and emergency action planning, prompted the NFHS Foundation Board of Directors to support the provision of AEDs to member state associations based on expressed need,” said Karissa Niehoff, chair of the NFHS Foundation Board of Directors and executive director of the Connecticut Interscholastic Athletic Conference. “This was a significant gesture on the part of the NFHS Foundation – a gesture that directly supports its mission and will hopefully result in fewer cardiac arrest casualties in our schools.”

Niehoff said the AEDs being provided to schools and state associations resulted in an allocation of more than $300,000 from the NFHS Foundation.

To help schools educate students and staff members on the AED, three video tutorials have been provided on an enclosed thumb drive regarding the AED’s ease of operation, maintenance, and battery and pad replacement.

“The mission of the NFHS Foundation is to serve the interests of young people who participate in interscholastic sports and activities by awarding grants for research and program development in the areas of character education and sports risk minimization,” Niehoff said.

The plan for having an AED in every high school in the NFHS member state associations was one of the goals developed in the 2016-2021 NFHS Strategic Plan. With the funding of the AEDs, theNFHS Foundation has awarded in excess of $1 million in grants since its founding in 1996.