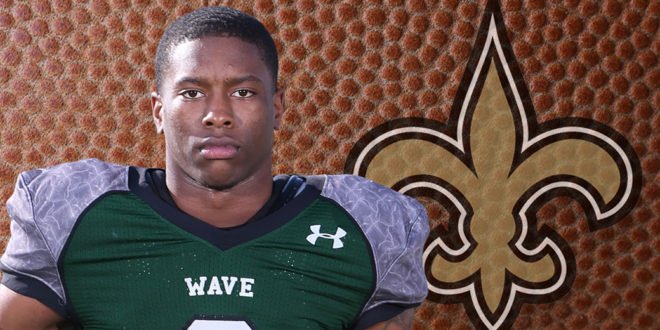 Has directed Green Wave to 14-0 record and return trip to the Gridiron Classic … Has carried 172 times for 1,630 yards and 27 touchdowns and completed 48 of 83 passes for 977 yards with 9 TDs and no interceptions … Ran for 1,756 yards and 27 TDs in keying West Point to the Class 5A title in 2016 and 1,615 yards and 16 TDs as the Wave reached the 5A semifinals in 2015 … Selected as Player of the Game in last year’s State Championship victory over Laurel … Chosen for Mississippi/Alabama All-Star Classic … Committed in May to Mississippi State, where he’s expected to line up at running back.

West Point coach Chris Chambless says:
“Marcus really improved as a passer this year. His arm strength and accuracy are as good as anyone we’ve had here. He makes good decisions and is the last one to panic out there. As a runner, he’s got great vision, great accelaration through the hole and he’s hard to tackle because he’s strong. I’ve told a bunch of people this: Marcus is a like a magnet the way he attracts everyone’s attention. He’s got everybody’s respect. When you combine his leadership with his charisma, character and athletic ability, Marcus kind of has all the attributes.” 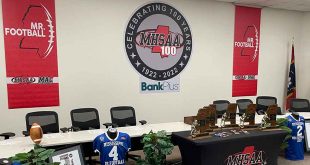