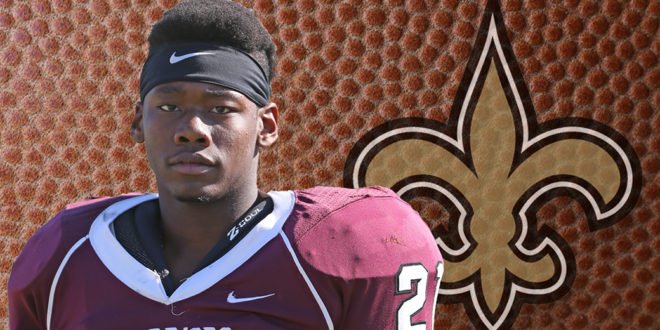 Keyed Warriors to 13-2 record and Class 1A semifinal, narrowly missing Nanih Waiya’s first trip to the championship game since 1991… for the season, carried 112 times for 1,221 yards and accounted for 2,277 all-purpose yards and 39 touchdowns. Also had 35 tackles and three interceptions on defense, giving him 21 picks for his career… Totaled 3,842 all-purpose yards and scored 36 TDs in 2014-15.

Nanih Waiya coach Ryan Keeton says:
“Chris has that natural ability to make a move without ever slowing down. I don’t think I saw anybody tackle him one-on one in the open field all season. Every time he gets the ball in his hands, I think the other coach is holding his breath ’til the whistle blows. Chris is a very smart kid, too, which is one of the things that allows us to do a lot on offense. He takes coaching really well. You can see him using things on Friday nights that we worked on in practice that week.”

Six players — one from each MHSAA classification — were selected Monday, November 15th as …