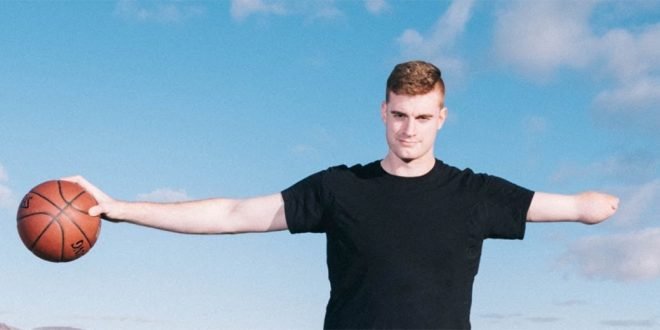 MHSAA and Varsity Brands would like to invite middle school administrators to meet Kevin Atlas on Tuesday April 11, 2022 at the MHSAA office from 4:00 pm-5:30 pm. As the school year concludes, join us and hear Kevin’s inspiring message of resilience, courage, and hope.

This event is open to the first 50 administrators who register.

At nearly seven feet tall with his left arm discontinued just below his elbow, Kevin faced his fair share of adversity in his early life. Born and raised in the Bay Area of California, Kevin grew up in a split custody household, overcame the early death of his father, and faced a legion of critics prior to his success. He became one of the top high school basketball players in his home state, played one postgraduate year at a military school in Virginia, and earned a full athletic scholarship to join the Manhattan College Jaspers in New York City. By doing this, Kevin achieved becoming the first disabled player in NCAA history to receive a full Division I athletic scholarship in his sport.

After a successful college career, Kevin went on to play professionally in Asia and has since become one of the top young professional speakers in the nation. Employing a mixture of humor, audience interaction, and a uniquely strong delivery, he tells the story of a life so extraordinary, it was chronicled in the Oscar-qualifying documentary Long Shot: The Kevin Laue Story. In his speeches, Kevin uses his own inspirational journey as a jumping o point to examine the challenges faced by others every day and his triumphs help audiences see their own problems in a new light. He shares his story to help change attitudes and perspectives of youth, corporate, faith-based, and international audiences. Kevin’s engaging manner, easy confidence, and comfort around others make his presentation a sure-fire success for audiences of every background and description.

In addition to his domestic speaking, Kevin has inspired audiences in Africa and Europe as well as leading month-long speaking tours in China, Taiwan, and Hong Kong. He has served as a spokesperson for Boys and Girls Clubs, was a board member at Special Olympics, and has spoken at notable venues such as the United Nations, Google, and Facebook. Kevin is now the host of Believe in You, a motivational video series sponsored by Varsity Brands that is being shown to middle schools and high schools across the country.

The MHSAA will conduct two Zoom sessions for new principals and new athletic directors. The …