Legendary football coach Jim Drewry died Monday night at the age of 86. He is survived by his wife and two sons.
Visitation will be Friday from 5-9 PM and funeral services will be Saturday at 11 AM at First Baptist Church in Booneville.
Drewry won state championships at Booneville High School in 1990, 1999 and in 2000, and he finished as runner-up four other times.
Drewry coached at Booneville High School from 1990 to 2007 after coaching there from 1965 to 1978. He has also coached at Kossuth, Brandon and Tishomingo in Mississippi.  He was inducted into the Mississippi Coaches Hall of Fame in 1992 and the NFHS Hall of Fame in 2008.
He finished his football coaching career with a 346-157-5 record. 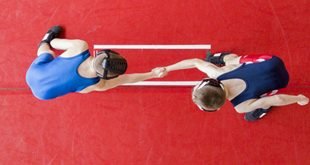