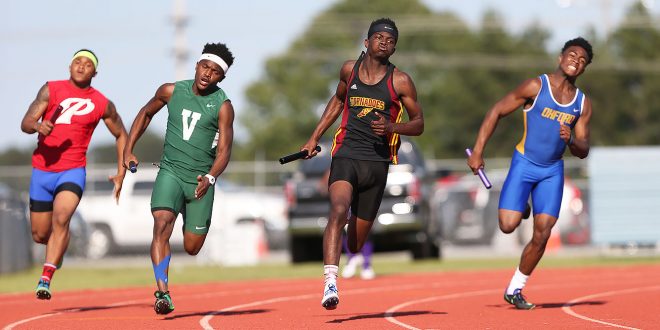 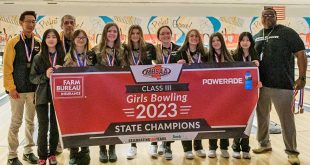 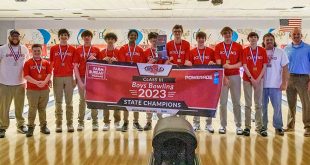 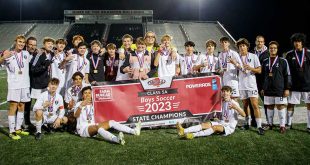 Effective with the 2017 high school track and field season, a participant who assists an injured/ill competitor shall not be disqualified if an appropriate health-care professional is not available.

The NFHS Board of Directors recently approved all rules changes recommended by the National Federation of State High School Associations (NFHS) Track and Field Rules Committee at its June 13-15 meeting in Indianapolis.

Becky Oakes, NFHS director of sports and liaison to the Track and Field Rules Committee, said the committee determined that this act of sportsmanship extended to an injured/ill competitor when a health-care professional is not readily available should not result in a penalty.

“The committee wanted to recognize the importance of appropriate healthcare of an ill/injured competitor as well as recognize that at times there may be fellow competitors who may need to assist others who cannot continue,” Oakes said. “Therefore, the committee felt that disqualification shouldn’t be the result of a sportsmanship act.”

In order to be consistent with current sport trends, the committee revised Rule 5-7-3, which reinforces the concept that competitors in distance races only use a standing start and shall remain motionless for the start without their hand(s) touching the ground.

The rules committee voted to combine Rule 6 (Throwing Events) and Rule 7 (Jumping Events) into one rule titled “Field Events” to eliminate duplication of definitions and unnecessary language and the possibility of making a change in the throws and missing it in the jumps.

“The last couple of rules cycles the committee has been trying to eliminate unnecessary and repetitive language. This is the last phase of the clean-up – creating one rule that covers multiple events,” Oakes said.

For purposes of risk management, the committee revised Rules 6-2-14 and 7-2-5, which state that all warm-ups in a field event may not take place until the venue is declared open and required supervision is in place.

In Rule 5-6, the committee moved the Note in Rule 5-6-4 to the new Article 4. Oakes said the results of running events are based on head-to-head competition and all contestants should have the opportunity to compete in the heat earned by the competitor’s place and/or qualifying times.

The committee also approved a change to Rule 3-6-1, which now grants authority to disqualify a runner for a false start to the starter as well as the referee. Also, the starter will now give a signal at the beginning of the last lap in individual races of two laps or more (previously three).

Another change was made in Rule 3-2-4u, which states that the games committee – not the coach – should have the responsibility of providing liquids during the competition.

In Rule 3-10-7, when flags are not utilized, the head event judge utilizes the mechanics to call “fair” or “foul.”

Other changes approved by the committee include: 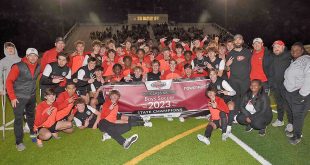