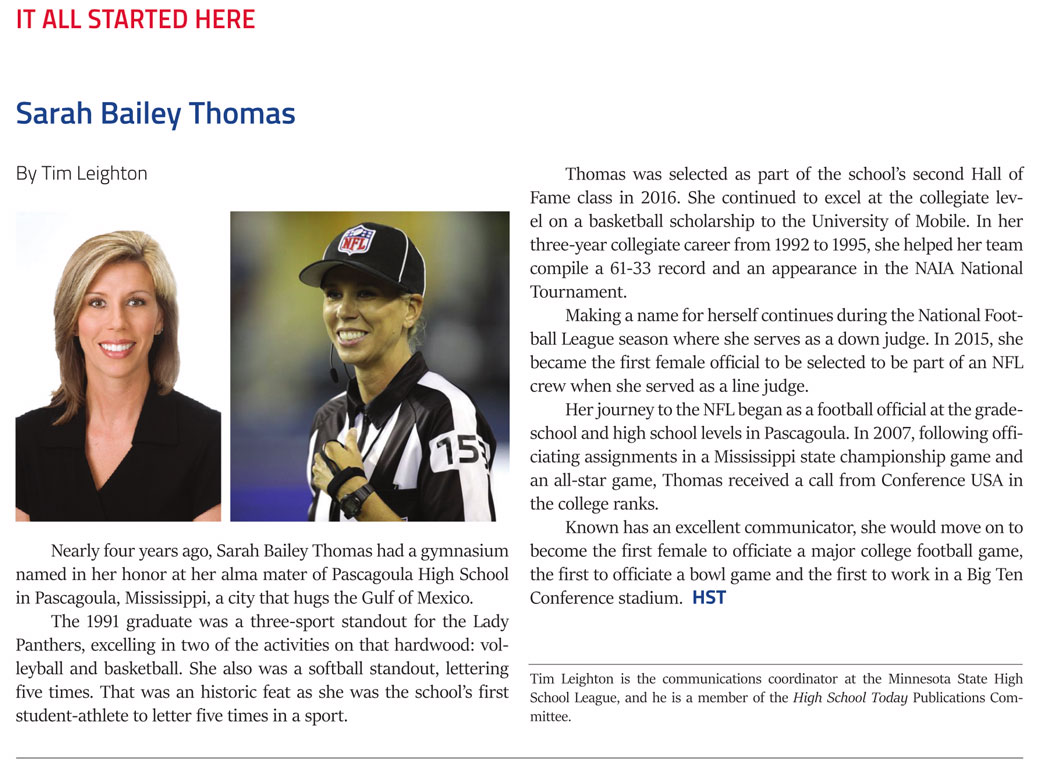 Sarah Thomas, a former MHSAA high school football official who is now an NFL official, is featured in the November issue of High School Today, a national publication produced by the NFHS. 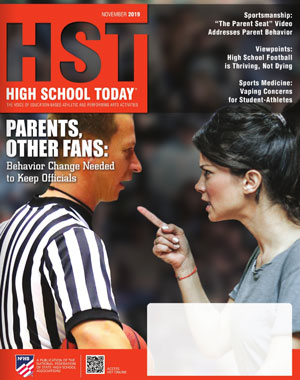 Nearly four years ago, Sarah Bailey Thomas had a gymnasium named in her honor at her alma mater of Pascagoula High School in Pascagoula, Mississippi, a city that hugs the Gulf of Mexico. The 1991 graduate was a three-sport standout for the Lady Panthers, excelling in two of the activities on that hardwood: volleyball and basketball. She also was a softball standout, lettering five times. That was an historic feat as she was the school’s first student-athlete to letter five times in a sport.

Thomas was selected as part of the school’s second Hall of Fame class in 2016. She continued to excel at the collegiate level on a basketball scholarship to the University of Mobile. In her three-year collegiate career from 1992 to 1995, she helped her team compile a 61-33 record and an appearance in the NAIA National Tournament.

Making a name for herself continues during the National Football League season where she serves as a down judge. In 2015, she became the first female official to be selected to be part of an NFL crew when she served as a line judge.

Her journey to the NFL began as a football official at the grade-school and high school levels in Pascagoula. In 2007, following officiating assignments in a Mississippi state championship game and an all-star game, Thomas received a call from Conference USA in the college ranks.

Known has an excellent communicator, she would move on to become the first female to officiate a major college football game, first to officiate a bowl game and the first to work in a Big Ten Conference stadium.

The MHSAA will conduct two Zoom sessions for new principals and new athletic directors. The …