Lance Barksdale of Mississippi has reached the pinnacle for a Major League Baseball umpire. 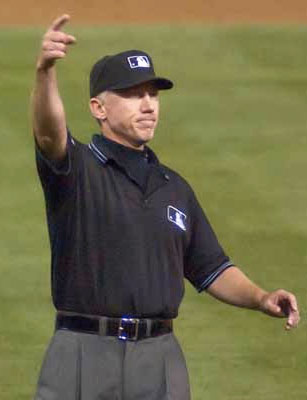 Mr. Barksdale is scheduled to work his first World Series beginning tonight, when the Houston Astros host the Washington Nationals is Game 1.

He is one of seven umpires who will be on the field for throughtout the 2019 World Series and scheduled to work home plate should there be a Game 5.

Mr. Barksdale, a 1985 graduate of Forest Hill High School, earned his promotion to full-time MLB umpire in 2006 after getting his start in the minor leagues in 1993. He called MHSAA games in his early years as an umpire.
Link: World Series umpire Lance Barksdale’s pivotal moment