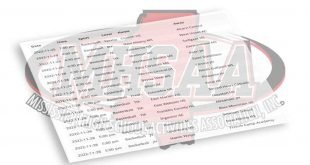 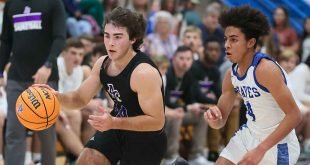 Please verify that all student athletes participating in the sport of soccer are eligible for participation. Please note the maximum number of games to be played for the 2017-18 season.

National Federation Rules will be used.

Refer to sports calendar for dates.

Games not played on schedule because of the weather may be made up as the weather permits. No division game may be played until after the first weekend in December.

Soccer shall be divided into four classes, 6A, 5A, 4A and 1A/2A/3A. A state championship will be held in each class.

Championship in the divisions shall be determined as follows:

Each team shall play each opponent once unless all teams agree to play twice.

No division game can end in a tie. The final score of an overtime game shall be recorded as 1-0 for the purpose of the tiebreaker.

Each district secretary will certify to the state office the names of the division champion and runner-up that will enter the state playoff.

The State championship series will be single elimination.

Due to some schools using the same coach for girls and boys soccer, girls may play Monday; boys may play Tuesday, during the first round only. A request may be made to the MHSAA office if the same teams to on to the second round.

Any interschool practice or scrimmage will count as a game played.

Reporting scores to MaxPreps is required for regular-season and post-season games.